While working in various positions, Mr. Aquario had several accomplishments, some of which include administration/coordination of State transit programs, and preparation, publication and distribution of quarterly Transit Newsletters for the industry. Mr. Aquario also handled all requests for transit industry information from within the Department, and from the industry and general public. Coordination of all logistics and program for two annual statewide transit conferences was done by Mr. Aquario. He also was the liaison with the New York Public Transit Association and Transit Division. Mr. Aquario provided technical and management assistance to all state transit systems (route design, analysis, marketing, financial planning, insurance, labor relations, etc). During his time working for the New York State Department of Transportation, Mr. Aquario participated in the creation of the New York State Public Transportation Safety Board.

In 1981, Carmen F. Arcuri became the General Manager at the Utica Transit Authority and retired in 1992. During his time at the Transit Authority his responsibilities consisted of development and implementation of transit for the City of Utica and Towns of New Hartford, Whitesboro, Kirkland, Deerfield and Marcy.

Prior to working at the Utica Transit Authority, from 1972-1981 Mr. Arcuri worked at the Mohawk Valley Economic Development District as the Assistant Director. He helped administer a program sponsored jointly by local government and the U.S. Economic Development Administration, to promote the economic development within five counties of the Mohawk Valley. Other past experiences of Mr. Arcuri consist of working for the Anit-Poverty Housing Program as the Assistant Director and Housing Specialist, where he started the Utica Community Development Corporation and served as its first Director. He also worked for the United States Department of Commerce in New York City, working as a Domestic Trade Analyst.

During 1945 and 1947 Mr. Arcuri served in the United States Army and is a WWII Veteran. Currently Mr. Arcuri is a licensed New York State Real Estate Broker.

Commissioner Boardman has led the Department in its efforts to implement the Governor's multi-modal capital program and provide smarter government to the State's taxpayers and traveling public.

Under Joseph Boardman's leadership, DOT has been utilizing innovative contracting methods that provide incentives for contractors for finishing work early and imposes penalties for late work. As a result of these initiatives, projects around the State are being done faster and with less disruptions to motorists and area residents. For example, the reconstruction of the West Side (Route 9A) in Manhattan is expected to be completed approximately one year ahead of schedule, and in October of 1998, DOT opened a new bridge, across the Mohawk River in Schenectady County months ahead of schedule.

DOT has actively sought to enhance all modes of the State's transportation system. As part of this effort, New York State and Amtrak recently reached an agreement for an aggressive new high speed program that will allow passengers to travel from Albany/Rensselaer to New York City in less than two hours, and reduce the travel time between Albany/Rensselaer and Buffalo. The program will include faster, more comfortable trains and infrastructure improvements that will allow for higher speeds. The new trains will have a wide array of passenger amenities including larger, more comfortable seating, laptop hook-ups at each seat, additional on-board communication devices and improved accessibility for persons with disabilities.

Under Governor Pataki's leadership, DOT has recently implemented policy to incorporate environmental enhancements into its capital program and operating practices. As part of the new policy, the Department will help improve New York's environment by restoring wetland, increasing protections for waterways and improving access to senic and recreational areas.

From July 1981 to December 1988, Mr. Boardman served as Commissioner of Public Transportation in Broome County, where his leadership resulted in improved transportation services in the County. He helped rebuild the transit system in the region by rescheduling the entire route structure, developing new fare policies, building a new maintenance facility, and replacing the entire fleet of buses. His efforts resulted in increased transit services for the ederly, disabled, and those isolated from previous services. In July 1981, Mr. Boardman helped found the New York Public Transit Association a statewide organization of public transit providers, and served as its President from 1987-1989. He is also a past member of the State Transportation Advisory Board, State and Local Affairs Committee and Small Operators Committee of the American Public Transit Association.

Mr. Boardman, a lifelong resident of New York State is the second of eight children born and raised on a dairy farm in Oneida County, which two of his siblings operate today. Mr. Boardman, his wife Joanne and children Joseph Jr., Emily, and Philip reside in Rome, New York. He was inducted in 1999.

Gunn was named General Manager of Metro Transit in Washington, DC in 1991. In his three years there, Gunn developed an accelerated construction plan and initiated construction on 3 of 4 remaining segments of the planned 103 mile rail system. Mr. Gunn also developed and implemented a multi-year $1 billion capital rehabilitation program, and improved system efficiency by abolishing 500 positions.

In 1995, Gunn became the Chief General Manager at the Toronto Transit Commission in Toronto, Ontario, Canada. He managed the largest transit system in Canada, was responsible for 10,000 employees, 1.3 M daily passengers, 1,500 buses, 650 heavy rail cars and 250 streetcars. While Mr. Gunn was the Chief General Manager he improved cost recovery ratio from 66% to over 80%, he implemented State of Good Repair Capital Program and successfully negotiated affordable labor contracts.

Mr. Gunn left the Toronto Transit Commission in 1999 and spent three years in retirement before assuming the presidency of Amtrak in May of 2002. In three years at the helm of the railway, Mr. Gunn is credited with making cost-cutting changes, implementing better financial controls and an overall improvement of the railroad's management. Gunn disagreed with the Amtrak Board's desire to privatize the railroad, and returned to retirement in 2005.

David Gunn graduated from Harvard College in 1959, and continued his education at Harvard Graduate School of Business where he received his MBA in 1964. During 1959 through 1962 Mr. Gunn served in the U.S. Naval Reserve.

Born February 12, 1934, Richard Long is a lifelong Albany County resident. He graduated from Altamont High School in 1952 and married Anna May Pullen March 11, 1954. Mr. & Mrs. Long have two children-a daughter Kathleen and son Richard, five grandchildren and three great grandchildren. Mr. Long started his transit career in 1952 as a bus washer for the Albany Schenectady Bus Line in Guilderland, NY and advanced to mechanic in 1953. He worked continuously for the same system until 1970 when the private system was purchased by Schenectady County to assure transit would continue serving the community until the Authority was operational. At this time he worked as Superintendent of Maintenance. In 1971, the Authority became operational and oversaw the operation of National City Management - the company hired by Schenectady County to run the system. Capital District Transit System was formed as an operating entity of the Authority. In August of 1972 Capital District Transit System One was formed as the second entity of the Authority, at which point Richard Long was hired as the Superintendent of Maintenance for the system and Director of Maintenance for the Authority. Eventually these operations were combined and Long remained as Director of Maintenance & Purchasing until his retirement.

Richard Long was a member of the Executive Board and Past President of the Eastern Bus Maintenance Management Conference. He also remained active in the American Public Transit Association. Mr. Long was instrumental in the introduction of low floor vehicles to the Capital District.

A lawyer by trade, Helena E. Williams has had a distinguished career in both the law and transportation, including two different stints at the MTA.

In June of 2007, MTA Executive Director and CEO Elliot Sander named Williams President of the Long Island Railroad (LIRR). She became the first woman to run the nation's largest commuter rail line. Her seven years at the helm of the LIRR included the introduction of new technology that made it easier for riders to get schedule information and to purchase tickets. She also served a few months in 2009 as interim Executive Director and CEO of the MTA.

Prior to coming to the LIRR, Williams practiced law at the firm of Schupbach, Williams & Pavone.

In her earlier association with the MTA, Williams served as President of MTA Long Island Bus, formerly Metropolitan Suburban Bus Authority. She was named to the position on March 19, 1993 by Metropolitan Transportation Chairman and Chief Executive Officer Peter E. Stangl. At the time of her appointment, she not only became LI Bus's first female president, but the first woman to head an MTA agency. Prior to her appointment as President, Ms. Williams had been LI Bus's Chief of Staff since October 1986. In this position she had broad responsibilities directing the Authority's operations, developing long-range policies and coordinating transit service issues with the MTA's operating agencies and other regional transportation providers.

Before joining LI Bus, Ms. Williams was Labor Counsel at the MTA where she specialized in collective bargaining and labor matters. She also practiced employment and labor law with a private New York law firm and was an associate counsel in the City of New York's Office of Labor Relations. Ms. Williams also served as Assistant County Executive in Nassau County.

Helena Williams graduated from St. John's University School of Law in 1981 and was admitted to the New York Bar in 1982. She was inducted in 1999.

New Yorkers for Better Public Transit is a coalition of people from all corners of the state, representing a variety of interests. While the coalition remains the same, the message has pivoted to emphasize the importance of the transit industry to economic recovery. Learn more about the coalition and join in the 2021 campaign. #TransitMovesTheEconomy. 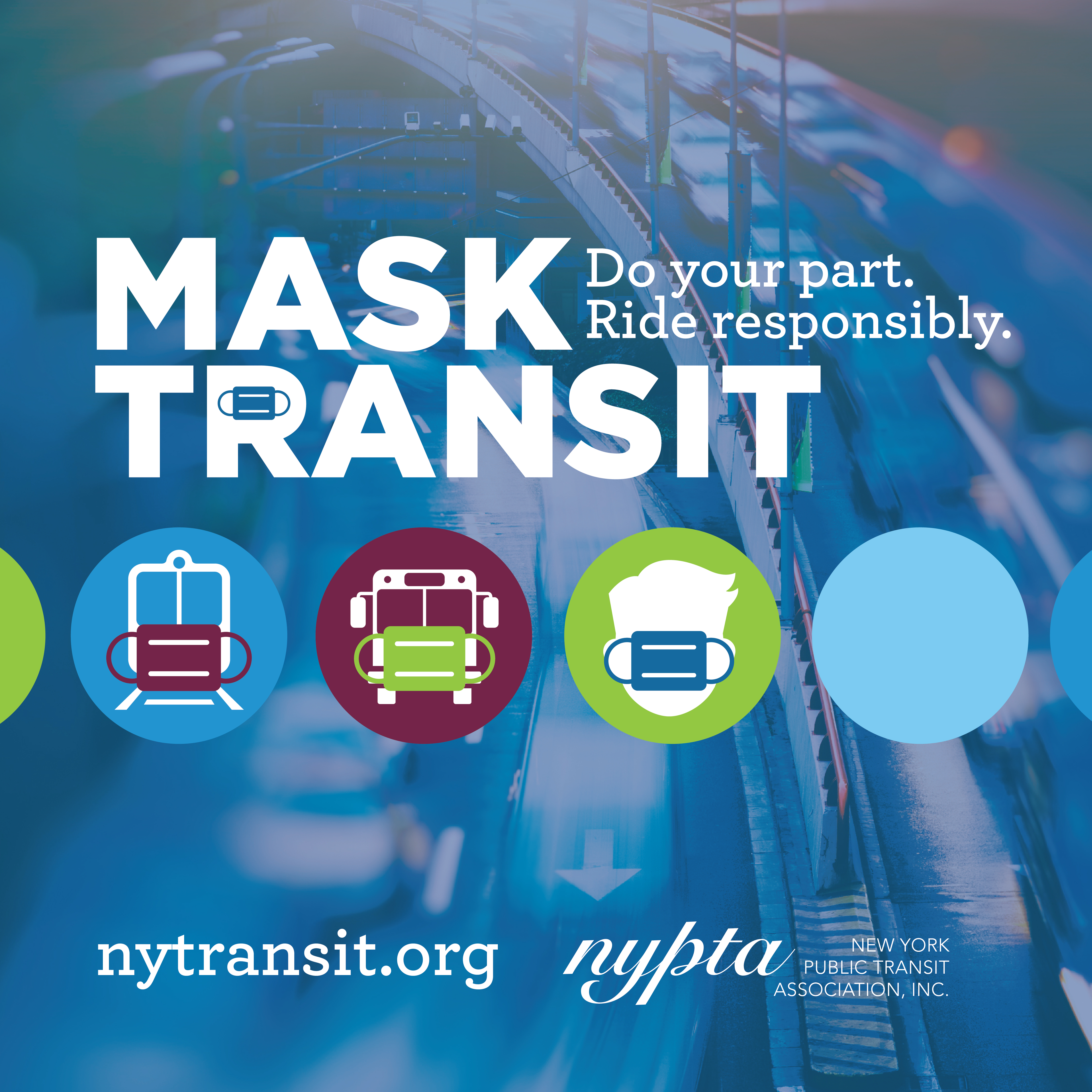 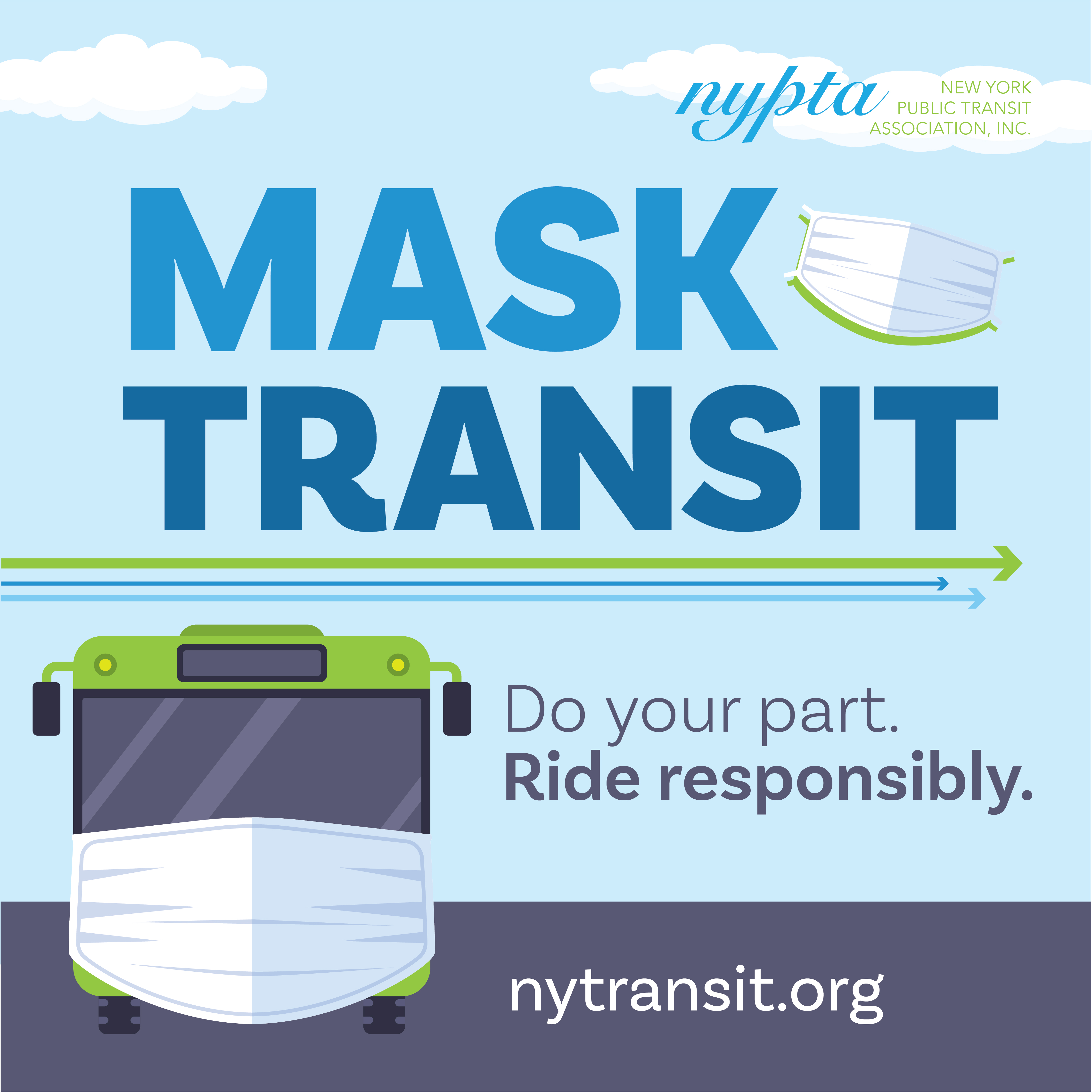 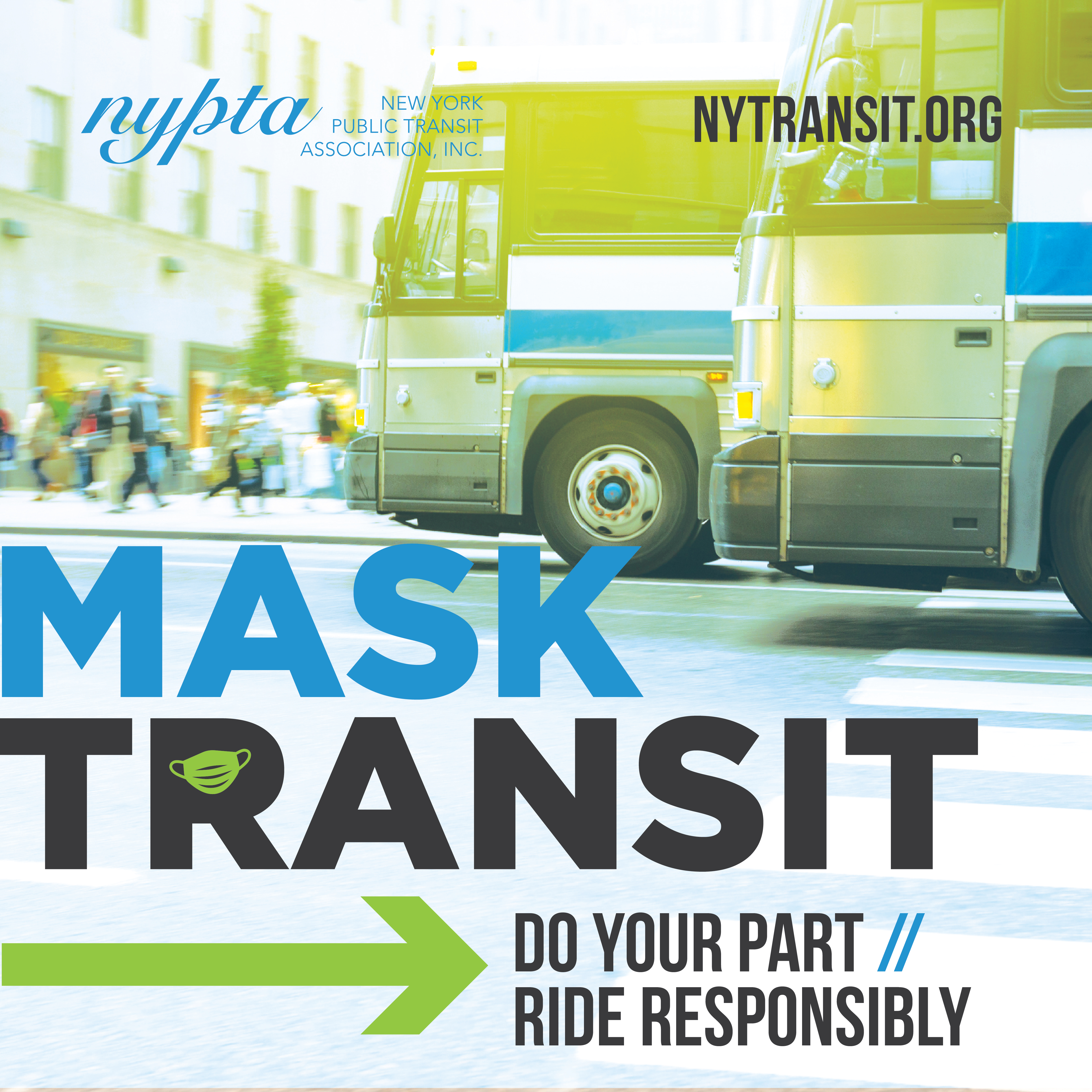 View and download all NYPTA COVID-19 Resources by following this link.